‘Amazing’, ‘fantastic’ and ‘brilliant’ were just some of the comments expressed at the

end of this year’s Christmas Together event at Pill Social Centre, Milford Haven.

Now in its tenth year, Christmas Together, founded and run by Cllr Guy Woodham,

brings companionship to those who would otherwise be on their own on Christmas Day.

Cllr Woodham commented, ‘It has been a real worry all the way up to Christmas Day that Covid restrictions would be introduced that would prevent the day going ahead; however, while further restrictions were introduced, our risk assessments confirmed that with appropriate measures the event could go ahead, and I’m delighted that it did and that everyone who attended really enjoyed the day.’

This year, thirty-five individuals attended which, while much lower than recent years

when over 100 people have attended, meant that social distancing and other Covid

measures were much easier to manage, ‘I was very pleased that everyone followed the guidance given, with those who could, undertaking lateral flow tests that morning and all understanding the importance of keeping everyone as safe as possible by wearing face coverings and respecting social distancing as much as possible,’ said Cllr Woodham.

While the day was different to those held in previous years, the event still involved a

quiz, bingo and three course festive lunch and the opportunity for those attending to

socialise with those seated on their table. One guest commented, ‘I can’t express

enough how much today has meant to me. I was dreading being on my own on

friends. If I’m on my own again next year, I will definitely be attending Christmas

Together’. Another guest explained that having been recently bereaved they too were not looking forward to Christmas this year, but had also had a really enjoyable day andwould recommend going to Christmas Together to anyone who may unfortunately find themselves in the same position in the future.

Colin Sharp, Chairman of the Pill Social Centre and on the Committee of Christmas

Together stated, ‘While a lot of work goes in to making the day such a success, it is all worth it when you get to talk to those attending and realise how much it means to them. The whole Committee are delighted that the event went ahead and those who attended did not need to be alone on Christmas Day, for some, the loneliest day of the year.’

individuals who had supported the event this year with special thanks to Darren Briggs (Ascona Group) and Milford Haven Town Council.

All photographs courtesy of Cllr Guy Woodham: Guests and volunteers at Christmas Together 2021 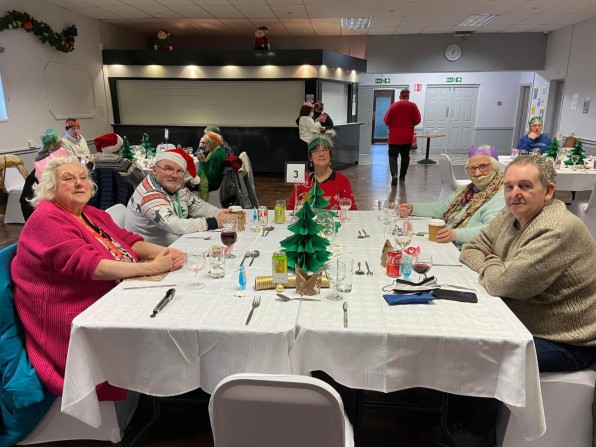 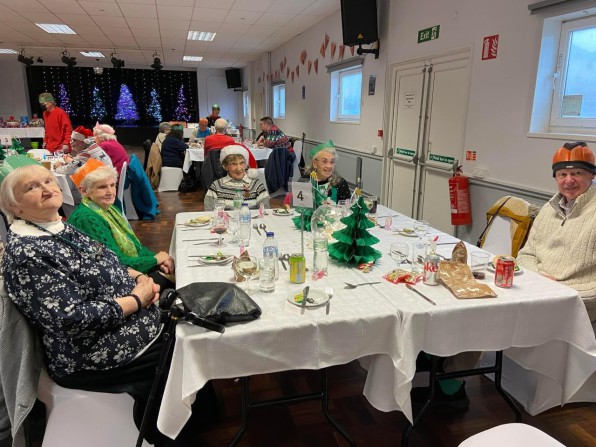 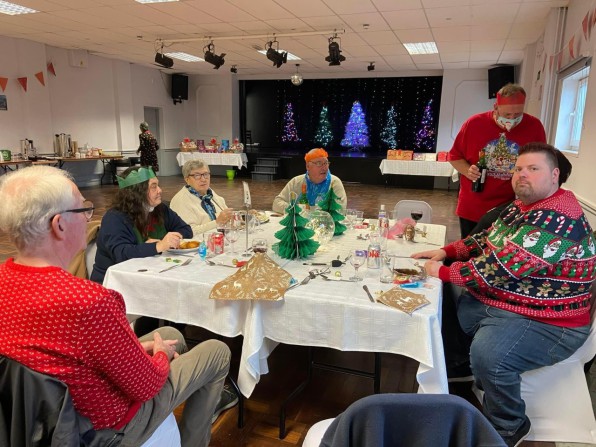