DESCRIPTION OF THE CREST OF THE MILFORD HAVEN TOWN COUNCIL 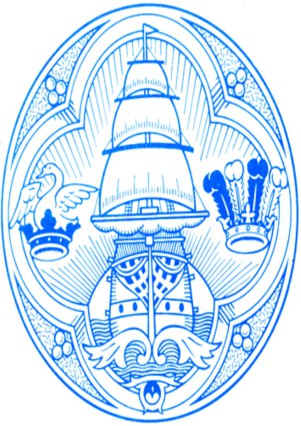 A centre circle with blue rim worded Milford Haven Town Council with the centre showing a representation of a dolphin silhouetted against the rising sun.

The crest bears extracts from the crests of the Greville Arms (House of Warwick) - the swan on the coronet and the House of Battenburg with the four ostrich feathers.

Clusters of ceremonial cannon balls are situated at the four corners of the crest.