Councillor W. D. Elliott BA QTS was elected as the Mayor of Milford Haven on Monday 18th May 2016.

The Consort for the Mayoral year of 2016/2017 is Mr. Lloyd Jones and the Mayor's Chaplain is Father Harri Williams.  The Mayor's Cadet is Cadet Lance Corporal Niall Hooper from the Milford Haven Sea Cadets & Royal Marines Cadets.

Councillor C. A. Sharp was elected as Deputy Mayor following a Meeting of the Full Council held on Monday 18th May 2016. 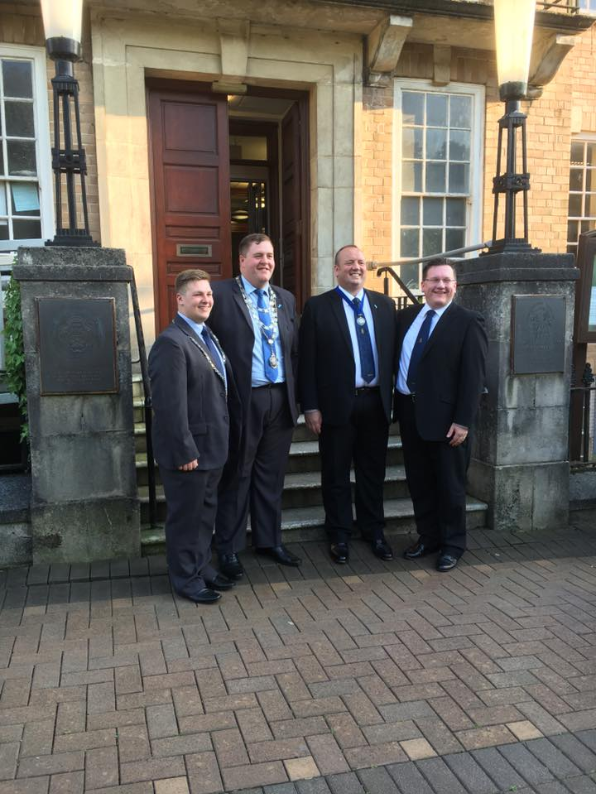 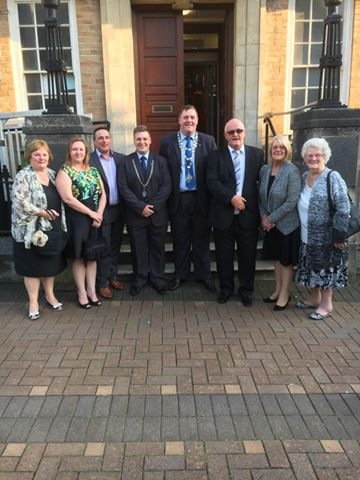 The Mayor of Milford Haven, Councillor William Elliott BA QTS, and his Consort, Mr. Lloyd Jones, pictured outside the Town Hall with their families.

JUST SOME OF THE MANY HIGHLIGHTS OF COUNCILLOR ELLIOTT'S YEAR AS MAYOR...